I like fall best because I like crisp things.  The air, the leaves, the nights, and the apples are all things that should be crisp.
I've raked about 15 bushels of chestnuts off the lawn, but Goldsberry rakes the leaves.  The leaves are easy-peasy to rake comparatively speaking, but he hauls them off to his garden.  Gavin, with the impeccable logic of a 5 year old says, "Why doesn't Gwampa put them in hith gahden?"
Goldsberry shares his summer bounty all season, so we don't mind sharing the leaves.


This is a very rambling post, so let's ramble somewhere else.  Have you ever seen a dog in a Halloween costume?  They are ridiculous. 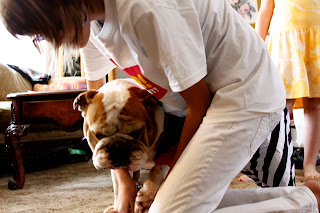 After you pay good money for a stupid costume, you have to get it on the dog. There is, however, entertainment value in watching a 90 pound girl wrestle an 85 pound dog into a costume that's too small.  Good thing they are both very good natured. 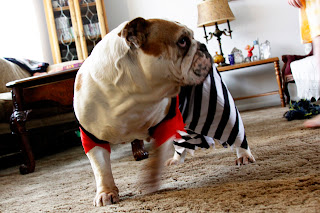 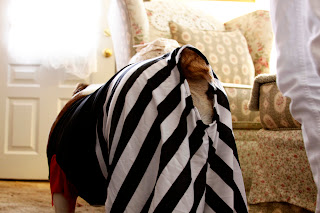 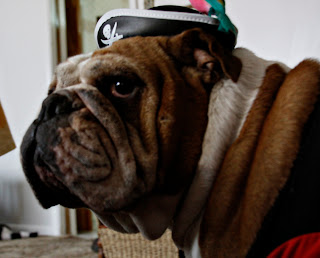 Then try to get a picture of the silly dog in the stupid costume that is too small, while the silly dog tries to lick the lens.  I cut off the parrot on top of her hat in the picture, then she broke the hat by shaking her head like a paint mixer.


I don't know why people waste money on things like this, and I'll never do it again. 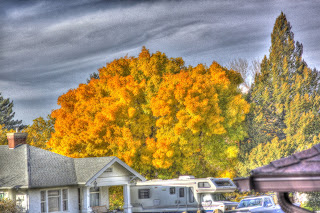 
If life is this good, how much better might the next one be?
Posted by Granny Grun at 8:55 AM