Christmas is Coming -- Damn It!

I'm not into Christmas.  I haven't been into Christmas for many years.  Face it - I'm just not a holiday person at any time of the year.

T is our holiday kid, and even she is having trouble this year.  The fact that there are children in the house makes our feelings of no significance. Christmas is coming, and so is that rotter Santa Clause.

T is cooking zuccini bread and peanut brittle and Roger Whitaker is singing Christmas carols on the CD player.  Actually, he just whistled Brahm's Lullaby, bringing my father to my mind as clear as can be.  Dad has been gone for going on 37 years, but it still makes a catch in my chest to hear beautiful whistling.  I took a little side trip here, didn't I? 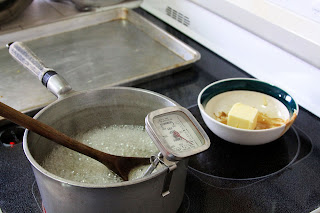 This is my candy pan.  I've only ever made peanut brittle and fudge in it, but they are the best you ever tasted.  Grandma Madsen gave me this pan when I married Alan in 1970 and it was old then.  I'm guessing it's a good 80 years old now.  It is a good, heavy aluminum pan that is perfect for candy.  I don't use the thermometer, but T is a light-weight.  (Hawk, spit!) 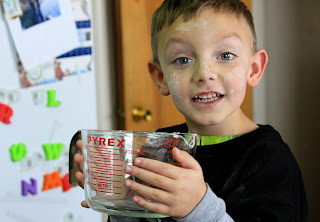 It isn't as if she doesn't have help.  You would never find a more willing accomplice, er . . . . helper.  Little Man is devoted to his mommy, and where she is, he is. 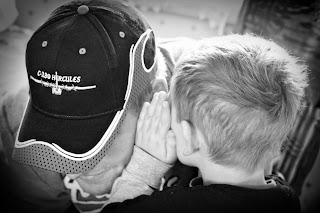 Do you want me to spill my Christmas secret? I haven't done any shopping.  OK, I got Hubby's, and I do a lot of cash for the kids because they are getting older and I don't have any idea what they would like.  Now I'm stuck. 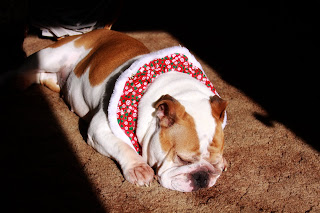 I don't know about you, but Maggie and I are just saying that if Burl Ives doesn't soon get SOME. SNOW. FOR. JOHNNY. SO. HE. CAN. BUILD.