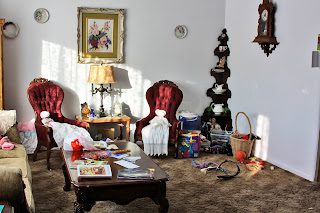 The place doesn't look ready for Christmas, does it?  Look in the upper left corner though, and you will see the Santa wreath that's been hanging there since last Christmas.

We have lots of Christmas stuff to put around, when the mood strikes.  It's funny that we didn't miss having so many little pretties when we were kids.  We would put up the huge tree with only blue lights on it, and the old ornaments, and tinsel and icicles. I couldn't help for a lot of years because I would get hives everywhere the tree touched me. 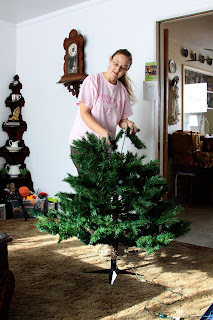 Sarah is our holiday kid.  She went to her storage bay to get the tree, came home and pulled it out from under the stairs.  Well, you forget things in a year.  I bought this tree some years ago because it was fake, pre-lit, and small.

Maggie wasn't happy with the proceedings because Mom put the stupid tree right in her sunbeam!  She tried a few times to push it out of the way, and finally compromised.  She let the tree stay, but she crawled partly under it to get in the sun.  Sarah had to step over her at every turn, because she refused to move.


I'm not blessed with an abundance of Christmas spirit, and if it weren't for the kids, we wouldn't have anything at all.  Here she is balancing on her poor, sore, recently bunion removed feet to do the whole thing.  Child Abuse - we give at home! 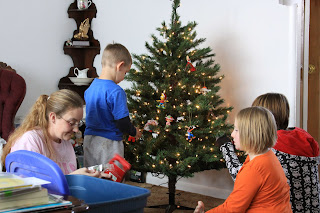 This year she got out their family ornaments instead of the Nana ornaments.  It works for me, and the kids had fun remembering each ornament as it was unboxed.  The kids get an ornament for themselves each Christmas, and when they are grown with their own homes, they will have a tree full to take with them.  It is a very eclectic collection ranging from princesses to Homer Simpson to the evil emperor from Star Wars. Oddly enough, they all look good together on the tree.  It's a riot to hear four year old Little Man remember when he was a baby. 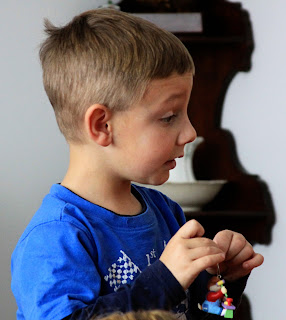 He did his duty manfully, for a few minutes at a time.  He had other things to think about, like the huge box of Legos that Bubby brought home from the storage bay. 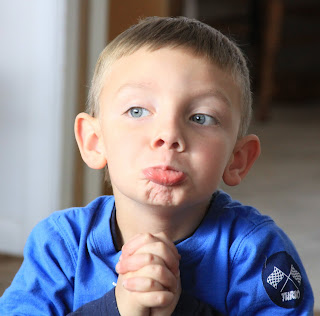 "Pleathe, Nana! Pleathe, pleathe, pleathe put it togeda foy me!"  Too bad Nana is Lego impaired, a total Lego retard. He was much more interested in the Lego battle ship than he was in the Christmas tree. 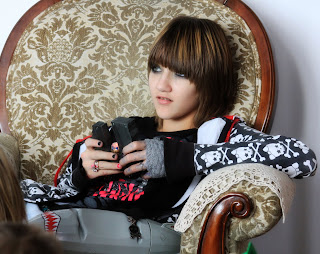 Former princess, current teenager helped pretty good, then even she took a break.  She is much more cooperative than I was at the same age.  Of course her sweet mother has instilled the fear of Parent into her that my mom tried, but could never accomplish. 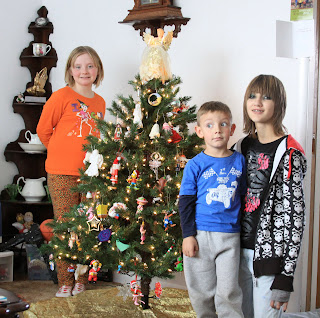 One Christmas tree made to order. Little Man was looking at his mommy on the couch when I said, "Look at Nana!"  His head will turn to Nana, but if you think for one minute that he is taking his eyes off Mommy, you have another think coming. The girls, however, are becoming more immune to the camera.  They see me with it enough that they have given in gracefully to the batty old gal snapping pictures every other minute. 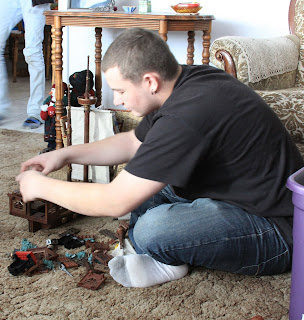 Bubby really was going to help, but he hasn't seen his Legos in over a year, and he was simply giddy.  He built the ship for Little Man and a medievel battle ground for himself, and the war was on.

So, in the end, the tree was decorated, the battle waged, and here we are.  Didn't we just do Christmas last week?