Life is a series of changes, and some of them suck canal water.  Like when Skinny Brother-in-law started to finally get a pot belly around Thanksgiving time.  Remember, Skinny was 66 then, and . . well, skinny.  He liked to remind those of the family who weren't that he was.  It was a joke 37 or so years in the running.  Hell yes we were going to tease him!

Then he came home early from working with his nephew because he was having a hard time breathing. After a little while of this, they took him to the doctor to see what was going on.  It took approximately three weeks for him to go from the ultrasound to the mortuary.  He died the day he was supposed to go back to Ogden for the consultation on his liver biopsy. 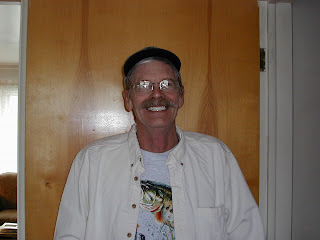 They only had the one son, but they had dozens of children in their nieces and nephews and neighbors.  He stayed Skinny BIL because he was so hyper and worked so hard.  He took care of all of us, but mostly me -- after his wifey. 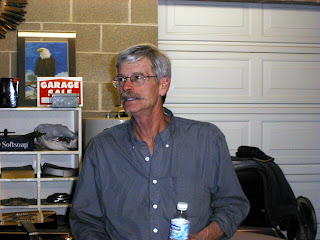 He wasn't a drinker or carouser or gambler or any of those rotten things.  He was home at night like a good husband ought to be.  He was seldom wrong about anything.  Didn't matter what anyone else thought, because he knew more than everybody else.  We got used to it and loved him in spite of it. 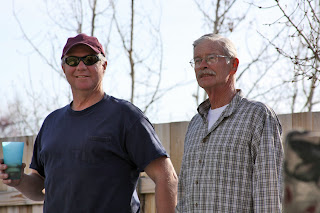 He talked to us when we were lonely, gave us a home and money when we had none, was our plumber, electrician, mechanic and carpenter. 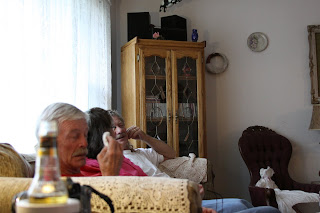 He laughed with us until we all had tears pouring down our chops. 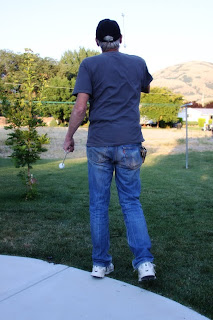 He had more energy than those of us who were years younger than he. Our lives were all intertwined very closely, so when he left he took part of us with him. 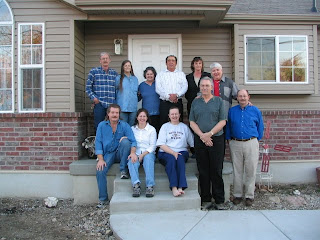 We might see him again.  In the meantime, we will take care of his little wife for him.