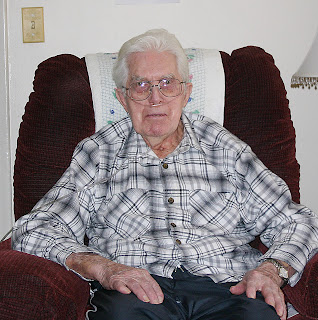 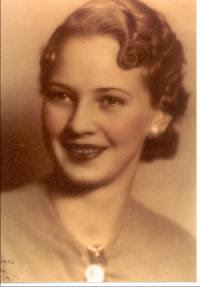 It all started way back in the late thirties when he met a beautiful young lady by the name of Florence. He fell instantly in love and stole her away from the man to whom she was engaged. 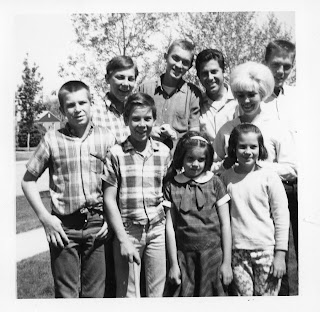 It must have suited them both, because the result was Linda, Arnold, John, Rex, Max, Jerry, Clint, Terry, and Nancy. 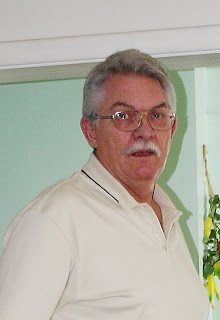 Many years and many marriages later (for both of us) Ray's #4 child, Rex, became my #3 husband.  He brought with him two fine sons.  Shortly after that, a fine granddaughter joined the group.  Can you see where this is taking us? 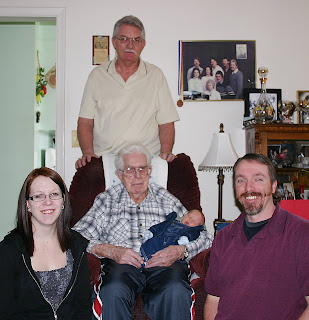 The evidence is before your eyes.  Here we have Rex, Ashlie, Ray, Aidan, and Shawn - five generations of the family in one spot.  If you think that Shawn looks a little young to be a grandfather, he is!  He is the same age now as his dad was when Shawn made him a grandfather. 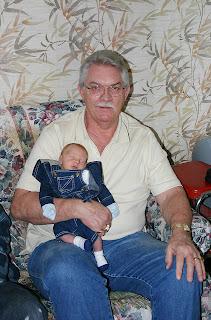 So here they are, Great-grandpa Rex and Great-grandson Aidan.  Can you tell the big one isn't too comfortable holding the little one?  He was a trooper and did his duty. 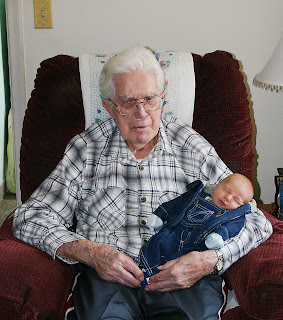 I suppose we can take consolation in the fact that by making me a great-grandmother, he became a great-great grandfather.
Funny old world, isn't it?
Posted by Granny Grun at 10:21 AM